Amazon's Jeff Besos - The Richest Person In The World

Want to know who is the richest man in the world in 2018? His name is Jeff Besos and he's gonna by the Richest man for a while... There's a big gap!

Since July 2017, Amazon founder Jeff Bezos (Jeffrey Preston Bezos) surpassed Bill Gates who has a network of 95.7 billion USD and became not only the world's richest man, but the richest person in the world with an estimated net worth of 164.7 billion USD as of the writing of this article.

According to Forbes's 2018 Billionaires List, Jeff Besos was worth 112 billion USD. That's before Amazon became a Trillion dollar company. 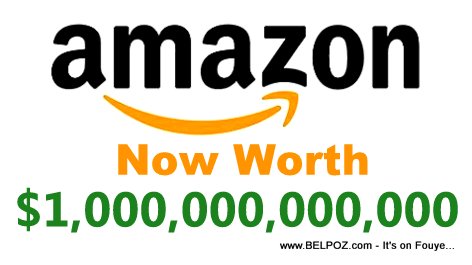 Amazon, the world's largest online retailer, is also one of the world's most profitable companies. Amazon is now worth $1,000,000,000,000 - That's One TRILLION Dollars.

Now a $1 trillion dollar company that of course means Jeff Bezos the founder, chairman, and chief executive officer of Amazon is the world's richest man.

Related: Amazon's Jeff Besos - The Richest Person In The World

What do you think?